Methylisothiazolinone (meth’-ill-eyes’-oh-thigh’-ah-zoh’-li-known) is a chemical used as biocide and preservative in many products containing water as an ingredient.  It has been used in commercal products since a least the 1980s, as I can find early studies on its consumer suitability in 1977.  It is a part of the family of isothiazolinones, whose effects and uses are similar.  It is used in both industrial and consumer applications.  It is a sensitizer, meaning that with continued exposure, the level of reaction to it will increase.  It is a cytotoxin, which means that it affects cells in various ways, and it is believed to be a neurotoxin, meaning that when tested for short duration in contact with nerve cells in a petri dish, it had significant negative impact.  It also is suspected to have effects on the lungs. 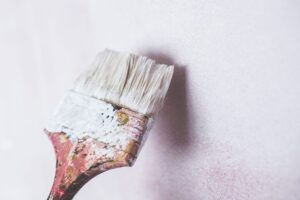 Although use has been restricted in Europe, usage limits appear to have been increased in North America in the last ten years.  Canada is moving to restrict concentrations in some products, but the chemical is still very much in use.  The combinations of higher levels of use in each product and a high number of affected products mean that exposure is very hard to avoid, and more and more people seem to be developing sensitivity to the family of products.

Isothiazolinone also appears to be becoming an environmental concern.  Is has been known to be found in the paint on ships’ hulls, and found to be quite toxic to fish, which has caused increasing concern about isothiazolinone and aquatic species.