I’m sure I’m not the only one whose breath has been caught up short by walking through a cloud of cigarette smoke, or having smoke waft over to me on a breeze. Aside from the throat-crushing breath of smoke, we all know that cigarette smoke contains over 4000 chemicals, many of them hazardous. These include mercury, lead, tar, carbon monoxide, formaldehyde, cadmium, arsenic, cyanide, DDT, and ammonia. Only 5-8% of the harmful gases in cigarette smoke are even visible. The rest spread without any visual cue as to their movement. In fact, cigarette smoke is so harmful that there are proven cancer cases caused by secondhand smoke, smoking with a child in the car is now banned in Canada, and many municipalities are banning smoking in places where people, especially children, congregate.

Vaping has been introduced as a safer alternative to smoking. Manufacturers claim that e-cigarettes are a way to quit smoking, and more and more people are turning to them to feed their addictions. Until recently, the FDA did not control e-cigarette manufacturing and use at all, allowing manufacturers to make whatever claims they chose. Now, with stricter regulations, e-cigarettes are considered tobacco products, unless marketed for therapeutic use, and if marketed as such, must have valid research studies to back up their claims. Even then, the contents and effects of the vape liquid cylinders are not entirely known by consumers and government. It is estimated that the process of evaluating and approving e-cigarette products will take another two years, minimum, before they are fully regulated. As many smokers have taken to vaping in public spaces and in close proximity to others, where they would no longer dream of smoking, we need to know these things.

What do we know? 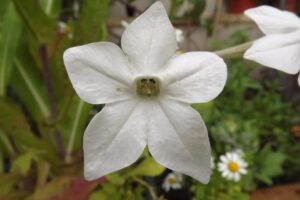 Vaping liquid is made from nicotine extracted from tobacco, combined with propylene glycol, flavours, colours, and other chemicals. An e-cigarette uses a battery-powered heating element to burn/evaporate the liquid, creating a vapour which the user breathes into their lungs. The process of vapourizing the liquid causes some of the chemicals to combust and become new, toxic chemicals. What chemicals are not retained in the lungs are exhaled into the air around the user.

The first and most important ingredient of the e-cig is nicotine. Nicotine levels can vary considerably in products, the levels listed on the package are not necessarily accurate, and newer vaping units’ construction and operation lead to higher nicotine concentrations than older units. Nicotine affects growth and development and neurological growth of fetuses, babies, adolescents, and young adults, with effects known now to last long into adulthood. Although nicotine is associated with cell death, even nicotine-free e-liquid has been shown to cause cell death in vitro.

Formaldehyde, benzene, and acetaldehyde are commonly found in the vapour from e-cigarettes. Many of the artificial/natural flavours found in e-cigarettes are approved for food use but carcinogenic when breathed into the lungs. One example is diacetyl, the chemical which makes breathing in microwave popcorn smell/flavour carcinogenic.

Are the secondhand emissions safe?

There are no studies yet of the effects of secondhand vaping emissions, but given that the aerosol produced contains dangerous chemicals, and emissions from the e-cigarettes make their way into the air, it is likely that the emissions are also harmful to those around the user. To those with propylene glycol allergies, there is another obvious allergen, which settles on skin and can cause skin reactions in addition to whatever effects are caused by inhalation of the vapour. 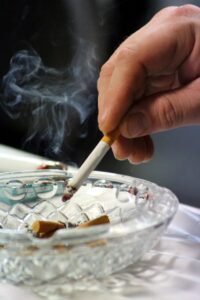 Studies have shown that at least three quarters of smokers do not stop smoking conventional cigarettes completely when they start vaping. Not only that, but those who turn to vaping to gradually taper down their nicotine consumption are less likely to quit than those who go cold turkey. E-cigarettes have even had some reverse effects in that the flavours in vaping liquid have caused more young people to begin vaping instead of smoking. While e-cigarettes are less harmful overall than smoking, they shouldn’t be an end goal for a healthier life, nor a gateway to initiate people into smoking, and only time will tell whether these trends continue.

Based on the above information, especially because of my propylene glycol skin allergy, I plan to protect my health by staying away from anyone I see vaping. I will continue to watch for more studies concerning the safety and use of e-cigarettes.